Lady Gaga’s Giant Hair Bows Have Made Their Epic Return 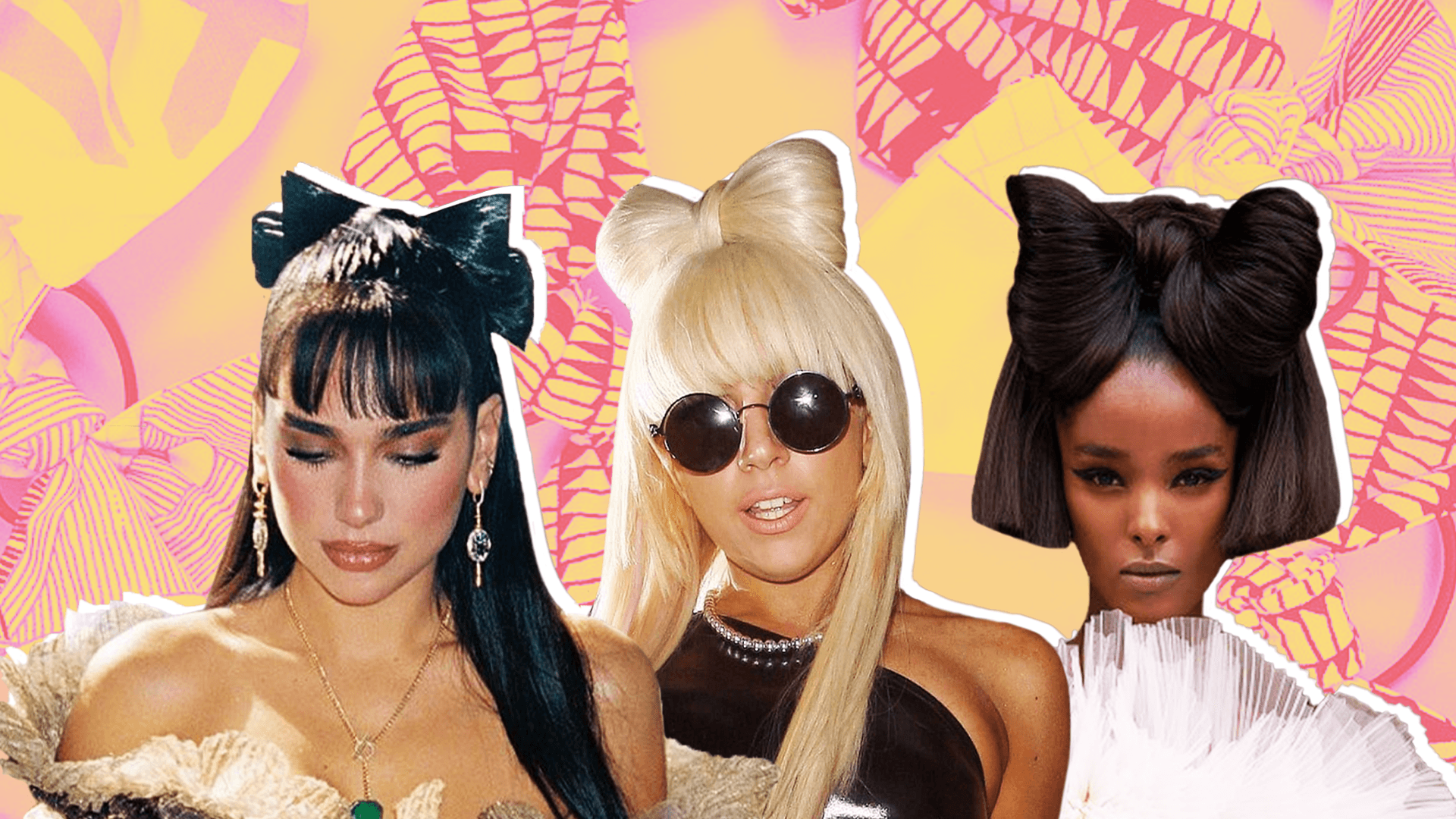 Picture this: It’s 2008 and a relatively unknown artist by the name of Lady Gaga debuts a music video for her new single “Poker Face” and in it she’s spotted wearing a giant hair bow — except, her bow isn’t made of ribbon, but actual hair. Next thing you know, this Gaga character is wearing these bows literally everywhere: red carpets, performances, morning show appearances, and even on the cover of Rolling Stone.

Soon, her signature look has started a whole hair bow phenomenon, inspiring endless Halloween costumes and many hair bow tutorials on Youtube. But, alas all good things must come to an end and by 2012, we see the end of “hair” bow as we know it — with the style never to be seen again (with the exception of a *very* brief revival in 2018 for a NYC outing).

Cut to 2021. Y2K hair trends have never been cooler with crimped hair, butterfly clips, and chunky highlights all making a resurgence. So, naturally it was only a matter of time before we saw the resurrection of Mother Monster’s O.G. hair look.

Nonetheless, it was still pretty shocking to see giant Gaga-worthy “hair” bows make their way down the runway at the Giambattista Valli Fall 2021 couture show back earlier this month. These show-stealing hair bows were dreamed up by hairstylist Odile Gilbert who was inspired by “‘60s photographs of Bendetta Barzinin and Marisa Berenson, both of whom wore their dark hair high on their heads, often styled into sculptural shape,” according to Vogue.

Dua Lipa has also hopped on the “hair” bow bandwagon as of late. The pop star sported two two bows —made entirely of hair, of course— on the crown of her head, in her new music video “Demeanor” starring the late Pop Smoke, which premiered last week. The bows are the work of hairstylist Chris Appleton and though the look skews more Marie Antoinette than actual Gaga, there’s no denying how reminiscent it is of her style.

While we’re definitely glad to see the “hair” bow make its triumphant return, we’d be lying if we didn’t admit that we’re waiting to see how the “Chromatica” singer would rock her once-signature hairstyle in 2021. Because let’s face it: as we’ve come to learn with most things, absolutely nobody does it like Gaga.