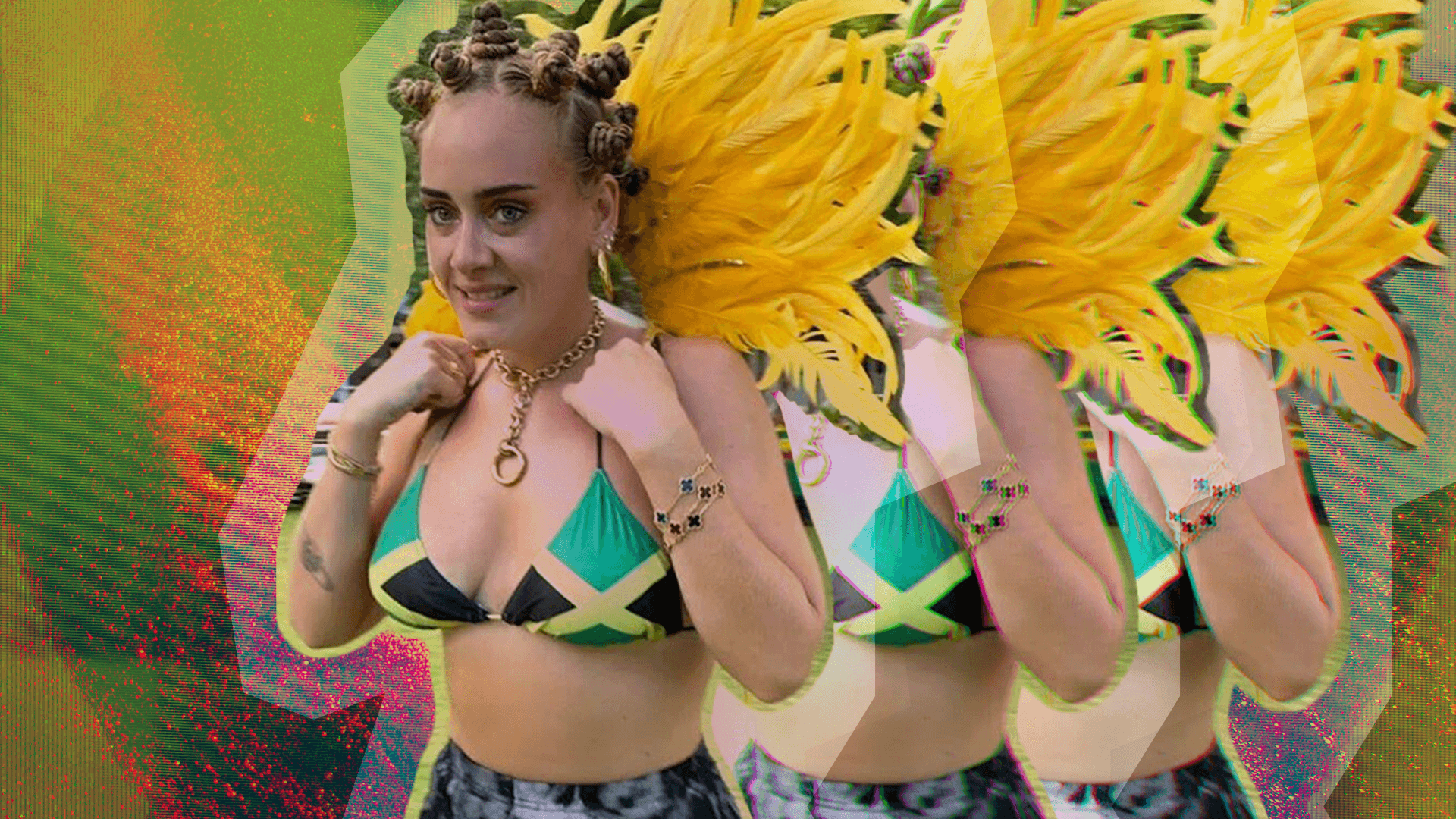 Adele raised more than a few eyebrows with her latest hairstyle.

On Sunday night, the “Someone Like You” singer faced serious backlash after sharing a photo on Instagram to commemorate Notting Hill’s cancelled carnival. In the post, the star dons a Jamaican flag bikini top, yellow feathered wings and has her hair styled in Bantu knots.

“Happy what would be Notting Hill Carnival my beloved London,” she captioned the picture.

The post did not go over well with the singer’s many fans. In fact, many people took to social media to accuse Adele of cultural appropriation for wearing a traditionally African hairstyle, despite the fact that she’s a white woman.

Journalist Ernest Owens wrote on Twitter: “If 2020 couldn’t get anymore bizarre, Adele is giving us Bantu knots and cultural appropriation that nobody asked for. This officially marks all of the top white women in pop as problematic. Hate to see it.”

Others defended the singer’s hairstyle, claiming that she wasn’t “appropriating” Black culture but merely “appreciating” it.

One Twitter user shared: “Big difference between Cultural Appreciation & Cultural Appropriation /misappropriation. THIS IS APPRECIATION! @Adele grew up in Tottenham & has been celebrating with us her entire life unapologetically, publicly, & privately.”

British politician David Lammy wrote: “Poppycock! This humbug totally misses the spirit of Notting Hill Carnival and the tradition of “dress up” or “masquerade”. Adele was born and raised in Tottenham. She gets it more than most. Thank you Adele. Forget the Haters.”

For added context, the Notting Hill Carnival is a massive festival in England that celebrates Carribean and Black culture.

For those of you wondering why Adele’s hair has stirred up so much controversy online, it’s important to understand the history of black hairstyles and cultural appropriation. For years hairstyles that hold a cultural significance to black people like dreadlocks, cornrows, and box braids have become adopted by individuals outside of the black community. Generally anytime this borrowing of other cultures occurs, the term “cultural appropriation” is thrown around.

If you weren’t already aware, cultural appropriation is when members of a dominant group take on or use things from a less privileged group, often with little regard for the culture itself. Usually images of the Kardashians come to mind, like when Khloe Kardashian also styled her hair in Bantu knots back in 2016.

The problem with cultural appropriation is simple: when a privileged culture borrows a style from a less privileged culture, it is deemed cool or trendy, while the culture from which the style originated is often subjected to racist stereotypes or generalizations. When people borrow aspects of a culture that isn’t theirs, they wear it as sort of a costume — one that can be removed at any time. Unfortunately, people of color don’t have that luxury, as Rupaul’s Drag Race Star The Vixen pointed out on Twitter.

On the other end of the spectrum is cultural appreciation. Appreciation happens when someone acknowledges the history behind the culture that they are borrowing from. Personally, I think Zendaya defined the term best during an interview with NYLON back in 2015: “In order to appreciate something, you have to know about it and understand. You don’t just wear something just to wear it — you  have to understand the history behind it.”

Do you think Adele’s bantu knots were cultural appropriation or appreciation? Let us know in the comments.